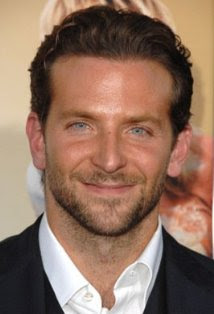 Limitless will keep your attention. Its ending is more humorous than disastrous, though the movie does have violence on the way there. This is a pharmacological science fiction, and you won't be seeing any prime time ads for its drug of choice.

If taking a pill would turn your life around, help you avoid being thrown out on the street, and you were told that it was soon to be FDA approved, would you give it a try? Maybe not if it was a drug-pushing former brother-in-law who offered it to you. But down and out writer Eddie Morra, played by Bradley Cooper, is desperate enough to give the pill a try.

The miracle drug allows Morra to use 100% of his brain power - including all his memory. Soon he can speak in a variety of languages, masters the martial arts, and completes amazing novels in a matter of days. He becomes bored with all this and decides to apply his new brain power to the field of financial mergers. He outwits the best of Wall Street to the point that people begin to wonder about the origin of his mental prowess.
The symptoms of withdrawal? Prowling the streets, sleep deprivation, no short term memory. He learns that skipping a meal disables him. And there is no possibility of ever stopping the little clear pill entirely and surviving. An off the wall allusion to the "Twilight" saga is there too.

Limitless works because we live in the age of big pharm, which gives us a solution to everything. The movie, however, exposes our culture's strange relationship to drugs. What really makes one drug legal and the other illegal? Addictions don't know the difference between the two.

Politicians, sometimes playing the law and order card, call a "war" on certain drugs while others are marketed by big money ad nauseum. The commercials are there to convince us of our need to self-medicate. Like the magic phrase "ask your doctor" in the infernal drug ads, Limitless seems to offer no real answers, except maybe that anything can be very dangerous if it ends up in us.