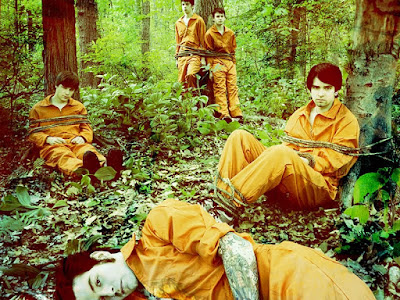 My home church, Lakewood UMC (Ohio) has a magnificent organ and sanctuary. In my youth, appreciative postlude fans would gather just to hear the artistry of John Christian as he lit up the organ each Sunday. Dr. Joseph Albright, the Senior Pastor in those days, would cajole us during the worship service to, yes, enjoy the postludes, but please no applause because this was John's private worship.
Applause interfered with something that was between John and God alone.

I always wondered how applause could interfere with worship. Wasn't this brilliant organist playing for us, for our adulation and response? If it makes you feel good, then why not show it? But if his music was an act of worship, what would happen if he measured his offering not by his own sense of giving to God, but by the decibels of applause? What about human fickleness? What if John played something we didn't like- or he played something in a way that turned us off? Would the crowd begin to shrink or the applause stop altogether?

The pastor was reminding us of the essence of worship- it's about giving something- to God. It's about becoming God's own and being formed in the Holy One's image. And so, the questions about what the crowd will like and if they will clap loudly are moot.

I realize that clapping during worship may be the only way we have of expressing our joy and is highly relative to faith and cultural heritage. I think some Anglo congregations use it to prove that we can be spontaneous. However, in the general culture, applause still means approval for a performance or a TOUCHDOWN! And the louder and longer the better!

When it becomes all about my feeling good about myself, applause or no applause, my actions have ceased to be worship of God. To the degree that we want whatever pleases us as worship consumers, we take up the idolatrous, exhausting, and hopeless chore of being made in our own image.
- November 25, 2009 No comments:

The words attributed to Einstein, "The same consciousness that created a problem cannot solve it" provides the mission of Signs of Emergence. (2007) Bringing together Fowler's stages of faith with a prophetic critique of hierarchical church, the author's intent is one of raising consciousness for the "Conjunctive church," or Fowler's Stage 5. This stage follows the arrogance of Stage 3 and Stage 4's "dark night." Stage 5 is where doubt is not extinguished but tensions are accepted, and mystery truly appreciated.
Brewin is not talking about stages in an adult's faith, but rather, what the corresponding emergence looks like in faith communities. He has more success is describing what it's not: "So we feed the ecclesiastic furnaces our burned-out wrecks: tired leaders, disillusioned ministers, fatigued congregations- marshaling them to dance longer, march faster, pray harder, cry louder in earnest for God to come...We must be brave enough to stop if we are to see change... Our structures must serve us, not us serve them."
The church needs to be adaptive, an open system, rather than prepackaged and ready-made. The sole purpose is incarnating the life of Christ in the host culture. The process is not revolution, but evolution through small scale, incremental improvement: "Revolution is characterized by speed and violence...it tries to impose change from without. It is top down and heavily dependent on hierarchies and centralized power. Evolution refuses to rush ahead and thus avoids shearing and fissures. It tries to bring about change from within." Revolution demands instant results, evolution takes time.
So, we need to learn and live out of a new vocabulary. We're the body of Christ, not the machine of Christ. To reestablish the body of Christ, we need to lose the modern, industrial matrix of words like machine, structure, drive, steering, breaking down, and mechanism in favor of the organic words like heart, nourish, sustain, grow, nurture, cultivate, and adapt. The body of Christ is a self-organized complexity (like our human bodies) despite our attempts at over-  control.
One of the more helpful chapters (6) was on the church as a "hub for gift exchange and all the relational enrichment that goes with it." Because the essence of who we are cannot be bought or sold, acts of worship come from the "economy of gift." Worship itself is a gift exchange, where we learn to offer gifts that are uniquely our own, and only marginally see ourselves as recipients, as takers. The book's concluding Chapter 7, on the emergence of Christ, has a couple of great insights. About Holy Communion, Christ becomes broken, shared, and decentralized, and virally apart of his people and their culture. About Holy Spirit, in the Spirit's Pentecost, those infected can speak of God in a language people can understand.
I appreciate the attempt to describe what the Conjunctive church looks like, because there are places where that church is breaking out. What about clergy leaders? That's a topic Brewin doesn't address and it's a shortcoming of the book. I imagine Stage 3 churches rely on good Stage 3 leaders. Denominational success is seen in results, numbers, homeostasis, and equilibrium and so the Stage 3 leader is rewarded in like terms; that's who they are. How relevant that, given the UMC's annual statistical reporting, we find that surviving in ministry is as the mission, and not where Christ is emerging in it. Perhaps if we asked that question more often, even in resistance, we could be delivered - and free others- from being just more fuel for the furnace.
- November 19, 2009 No comments:

"Why Houston Christians Don't Go To Church" was the topic of the conference sponsored by Chapelwood and area churches yesterday at First Baptist Church, Houston. With many churches represented and about 250 present, the event was a project of the Houston Coalition of Church Communicators. The Barna Group surveyed self-defined Christians who had not attended church in the last six months, nor do they have plans to so in the next six months. The area studied was generally the Katy Freeway corridor of West Houston. "We know them," Barna quipped, "because they're just like us." Barna described these folks as "self-absorbed." Success, health, family, and maintaining a comfortable life rank highest among values.

Barna presented conclusions from both the Houston study and his national research on unchurched adults over 18. He was passionate about treating this audience with respect. Marketing obviously only goes so far, but phone calls and home visits (with or without gifts) are invasive and manipulative. The best chance of reaching this group is through a friend who not only invites them, but also, offers to take them. And the research shows that multiple invitations, when done with patience and openness, eventually do work. Once there, anonymity is preferred. In fact, new attenders want to observe to see if the people there are kind and non-judgmental. At every point- before, after, and during a return to church, how the people of a congregation treat each other is the most important factor in reaching this audience, according to Barna.

Barna clearly communicated that there's no silver bullet here. Churches need to segment and offer many doors, many options. For example, over 50% see worship as the one thing churches offer of value; the problem is, there's such a gap between worship and anything else seen of value. Barna said "Congratulations, we got at least one thing right." But to make advances, we could also be perceived as offering value other than worship.

Many of the non-attending Christians have made a personal commitment to Jesus Christ that is still important today. (78%) And their habit of not going to church is one of many years, not just a few months. A tough habit to break! Barna is confident that when and if there is something of value given and received, then the habit of church absence can be challenged. He said that he could do a whole day on why children's ministry is key. This audience does not automatically trust strangers with their children (who should, really?), so at least for the first few visits, they would much prefer to have their children stay with them.

Barna criticized our reliance on numbers alone to show "transformation." More does not prove transformation. And since that's what it's about, we need to look at other ways to measure fruitfulness- not just numbers. To say we therefore need more churches is to beg the question. It's about transformation, not more. I would have liked to ask Barna about emerging, but this conference was clearly focused on the conventional church and by the looks of the data, we have much work ahead of us among all age groups!
- November 14, 2009 2 comments:

A great resource is Clergy Renewal: The Alban Guide to Sabbatical Planning.
- November 10, 2009 No comments:

Making Room for Others

I'm convinced that we cannot welcome new people into our lives until we make room. The same is true of churches. Having space is an attitude which allows others access without an appointment. We can build bigger and bigger buildings; if we don't create open spaces in our lives then size matters not.

The other extreme is making our acceptance conditional, our welcome driven by a hidden agenda. A very popular book on evangelism called The Contagious Christian explained how we can "leverage" our conversations for Christ. Terrible word. That's exactly the kind of thing that stereotypes Christians as manipulative, and takers, rather than givers.

David Burchett in When Bad Christians Happen to Good People, lists an "Unbeliever's Bill of Rights." The memorable title is mentioned in Beginnings: Around the Fire by Langford, Rawls, and Weber in the chapter, "How Do We Share What We Have Discovered?" While many things can reinforce our witness, it's hospitality and generosity of spirit that softens and attracts.