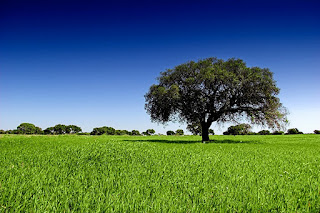 Watchword for the Week of December 20:
God has brought down the powerful from their thrones, and lifted up the lowly.
Luke 1:52

Monday's New Testament text:
Christ says, "If you ask anything of the Father in my name, he will give it to you."
John 16:23

This season's expectations may include that we will be sweeter and kinder than usual. Will this be the year of the perfect Christmas? Because of the unusually high expectations, the disappointments are just as extreme. Frustration, anger, impatience are all symptoms of being overbooked and trying too hard.
Which is why Mary's words in Luke from the Magnificat are so helpful and healing. Because God comes to us when we are low, with the weight of our own schemes and imagination. The Walter Mitty syndrome is the temptation of each and every Christian, especially now. It goes that somehow we can be totally different people just because it's December.

But we're not different just because we're busier, or it's Christmas. The archetypes tapped into by the Grinch and Christmas ghost stories, or even the biblical massacre of children at the hands of Ceasar's Herod teach us about the shadow side of this season, and ourselves. Especially on December 21, the darkest period of the year, the first day of winter.

Being lifted up at the hands of a loving God is the last thing we think we need. We don't want to meet God here on the ground. But God is especially where we are the most desolate. In the Incarnation, God is saying the totality of our human condition is redeemed and loved.

It's in the name of One who became flesh that we pray. Not formulaic, the teaching is about seeking God and God's will in love. It's not about using the Jesus word as a magician would. Here St. Julian's word's are instructive:

The purpose of God’s revelation to me was to teach our soul the wisdom of cleaving to the goodness of God. And so our customary practice of prayer was brought to mind: how through our ignorance and inexperience in the ways of love we spend so much time on petition. For in his goodness is included all one can want, without exception…to know the goodness of God is the highest prayer of all, and it is a prayer that accommodates itself to our most lowly needs.