The Biblical Art of Paradox: Prologue 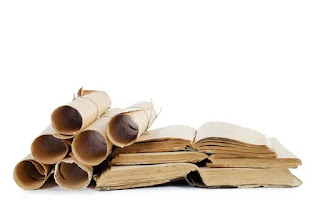 Scripture is a collection, a library of different kinds of literature from different people, languages, eras, and locales. It represents diverse writers who were influenced by a variety of forces within and outside their faith communities.
The Bible as a whole develops themes, but their formation is not necessarily smooth and without  discontinuities. For example, differences and similarities exist between the Old and New Testaments. Moreover, the Bible is full of messy characters and families, unfaithfulness, and stories of violence, gore, and mature audience material.*

What makes a writing Scripture or Canon is an agreement, a consensus of a particular faith community as it looks to past precedent and experience. The Canon of the different branches of Christianity is an example. There some books included in one branch not included in others, though the respective Canons of Orthodox, Anglo-Catholic, and Protestant agree on the vast majority of books.

Just because a book is Canon does not wipe out the tensions within Scripture. Having faith does not require me to ignore paradox. Practically, muting the different voices makes for boredom. The gap between our knowing and doing, our best self and real self, our ideals and the Christian vision, is real. Teaching and preaching that pretends otherwise is a salt that has lost its flavor. **

Within the canonical books that all Christians share, there are tensions within the text of Scripture. The diversity of thought within the Scripture is a  reflection of differences in transmission from orality to written and edited. Minority voices are included but sometimes hard to find.
The four Gospels are an example of Scripture including multiple voices and how each tell the story of the life and teachings of Jesus Christ, but do so very differently. There is room in the Christian Canon for the Synoptic Gospels (Matthew, Mark, and Luke), and John, very different in content and style***

This diversity of thought can challenge the tendency we have to explain away paradoxes or differences by imposing a uniformity that isn't there. The objective of including all voices is not to diminish, but to allow another voice to inform and transform. Sitting with dissonances is not time wasted. It usually leads to more choice, open doors, and broader horizons.

**Matthew 5:13 "You are the salt of the earth; but if salt has lost its taste, how can its saltiness be restored? It is no longer good for anything, but is thrown out and trampled under foot."

***The word "synoptic" means to see as one. Mark, Matthew, and Luke are considered the Synoptics. Notably, Mark however, omits Jesus' birth and childhood found in Matthew and Luke.