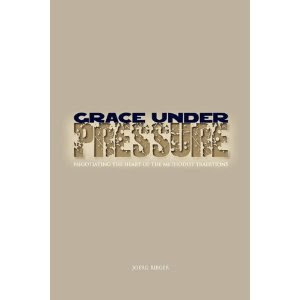 Joerg Rieger, the Wendland-Cook Professor of Constructive Theology at Perkins School of Theology, has written a brief but very needed volume published earlier this year entitled Grace Under Pressure: Negotiating the Heart of the Methodist Traditions. The book provides a corrective and critique of the mainline, traditional understanding of Wesley and primitive Methodism as a kind of middle ground.


In the pressures of post colonialism, there is no "middle ground." God's grace is known in the context of "acute" pressures. Rieger maintains that establishing "some amorphous middle ground" will not help: "Answers can be considered genuine (and truly salvific) only if they touch on where the real pain is, where the ultimate pressures of life and death are in our time, and where the conversation is broad enough to include the margins." The search for the middle or the lowest common denominator is a dead end.


Grace is the relationship between God and us. God initiates and we respond, but there is no "essence" or "substance" of grace apart from that relationship. God's grace is not a commodity that we can buy or use to control or produce results for ourselves: "Grace now has a specific direction. It is tied to the lives of those who are different, those whom we usually do not notice because they inhabit a lower class or because they are born into a race or gender that we consider less prestigious..." p.52

Leaders need to clue in to the direction of God's work in the world (p.86) As in Matthew 25, we do not "bring" the Holy One to another in ministry, rather, we meet the Presence by encountering the stranger. The meeting itself is not about feeling good. Rather, it is about a renewed relationship and a transformed world. Thus, God's grace is itself an alternative to both burn out and control, neither of which could be said to be marks of the new creation.


This volume is worth the read as many will find it a sorely needed challenge to our top down ways of ministry, serving- and living. Look at Reiger's discussion of the Nicene Creed, which he uses to support his "bottom-up" theology effectively. You will also be introduced to some " lost" verses of Charles Wesley, those you apparently won't find in any anything published since 1897. (pp.57-58)

Note that Rieger's teaching context is SMU: the future home of the George W. Bush Presidential Library -and a separate Policy Institute. He references attempts to explain the decision in centrist terms. (p. 71) The money for the Presidential Library, however, came tied to the Policy Institute, or not at all. No "middle ground" existed, but the idea of the middle was used to justify the wisdom of the project.

If White, suburban, mainline, protestant congregations are rarely equipped to employ critical reflection, then there's no wonder why gap... 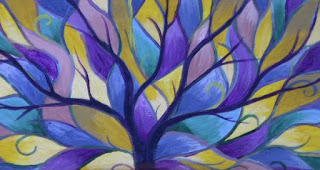