The Measure You Give...This Week's Watchword 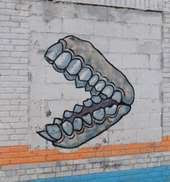 Revelation's for all Christians if it's for anyone at all. It's time to own that.

The church- we Christians- are really good at using texts that were written for us on someone else. It's the art of projection. Especially when it comes to the Bible, we'd rather apply its judgments to the amorphous unbelievers. But if we keep the unsavory stuff for others, does that mean that we're saying "NO THANKS" to our own blessing and healing through God's love in Jesus?

Admit it- we prefer to use God's justice on others. How else can you explain why so many read the Revelation as a condemnation for all those who disagree with their slant? That somehow our secret decoder pin is the only one that really works and if you try for another interpretation, then you must be on the side of the beast?

Why is it that we're so concerned about avoiding pain with pretended raptures* when all we're called to do is trust and love God alone and move on with our lives? And so, the word of saints and martyrs, those who endured all for Love, haunt us, as well they should:

" Worthy is the Lamb that was slain to receive power and wealth and wisdom and might and honor and glory and blessing!" Rev. 5: 12

*John Nelson Darby, a 19th Century English clergyman, was one of the pioneers of the rapture theory, which he extrapolated from mostly New Testament texts. In part, Darby forwarded the idea of two returns of Jesus: one for saints, the other for sinners. My observation is that his extra-biblical ideas are explained by his disaffection from and critique of the church of his day.