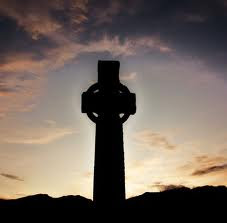 Jesus replied, “ My Father is still working, and I am working too. ” For this reason the Jewish leaders wanted even more to kill him—not only because he was doing away with the Sabbath but also because he called God his own Father, thereby making himself equal with God. Work of the Father and the Son Jesus responded to the Jewish leaders, “I assure you that the Son can’t do anything by himself except what he sees the Father doing. Whatever the Father does, the Son does likewise. The Father loves the Son and shows him everything that he does. He will show him greater works than these so that you will marvel. As the Father raises the dead and gives life, so too does the Son give life to whomever he wishes. The Father doesn’t judge anyone, but he has given all judgment to the Son so that everyone will honor the Son just as they honor the Father. Whoever doesn’t honor the Son doesn’t honor the Father who sent him. “I assure you that whoever hears my word and believes in the one who sent me has eternal life and won’t come under judgment but has passed from death into life.  “I assure you that the time is coming—and is here!—when the dead will hear the voice of God’s Son, and those who hear it will live. Just as the Father has life in himself, so he has granted the Son to have life in himself. He gives the Son authority to judge, because he is the Human One. Don’t be surprised by this, because the time is coming when all who are in their graves will hear his voice. Those who did good things will come out into the resurrection of life, and those who did wicked things into the resurrection of judgment. I can’t do anything by myself. Whatever I hear, I judge, and my judgment is just. I don’t seek my own will but the will of the one who sent me.

We aren't the Life-giver or Judge

We all need a break sometimes. But does God really need a rest? I thought Genesis plainly states that God rested on the seventh day of creation, and this substantiates the commandment to keep the Sabbath holy? Earliest Christians were no doubt accused of "doing away with the Sabbath" who, in of observance of Easter Sunday and the day of Jesus' resurrection, began to gather on the first, not the last, day of the week.

Jesus challenges us to think anew (repent) about the nature of God and how the Father's giving us life is in tandem, in mutuality, and in loving and intimate connection with the Son. Although foxes have holes and birds have nests, Jesus has no place to lay his head. Like God, Jesus is working still, not because he doesn't need a break as a normal person, but because like the Father, the Son has life in and of himself!  If you create life and give breath (Spirit), you don't need a rest! The Trinity's energy, resourcefulness, love, generosity, freedom and creativity in reaching us is without limit.

The other news here is that resurrection to life or judgment is in Christ's kind hands. Is that why no mention of the word "Christian" is used?  It may be because Jesus is the judge- we're not! There is release in this! There is even the joy is that we can, in the words of I Peter,  "entrust ourselves to a faithful Creator, while continuing to do good." I Peter 4:19.