The Glorious Prayer and Lord (3) 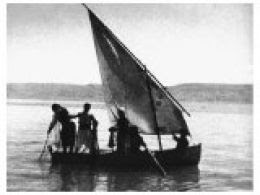 For thine is the kingdom and power and glory forever.

You won't find this phrase in either Luke or Matthew. Many Christians use this as a closing ascription to God. The words are used as a part of David's prayer in 1 Chronicles 29: 10-13. Also recall Revelation 5:12 and 7:12.

Some have suggested that these words were formed in the oral tradition through the cauldron of intense persecution, a time within two generations Jesus. Could these words have been on the lips of the first martyrs, those who were threatened to renounce Christ and proclaim Cesar as their king and god- or suffer the consequences?
Like any part of the Lord's Prayer, this conclusion can form the basis of multiple sessions. If you haven't already exhausted the kingdom theme, power and glory are great word studies with many biblical references. To end the prayer with these words is entirely in concert with counter-cultural nature of what we have already prayed in the text of this prayer. This is something we can miss when we repeat it, even knowingly, day by day.
The Lord's Prayer is one of the best known prayers anywhere, so that it can become an opportunity for evangelism among cultural or nominal Christians, the unconnected, and anyone interested in starting an intentional spiritual life with Jesus Christ and others. Many in the Body of Christ use this prayer with minor variations (such as sins or debts for trespasses), and most of these differences, can add , rather than subtract from, the richness and depth of what we share in Christ, and that like nothing else.
- December 09, 2011