Why the Bad Reputation of "Lone-Ranger" Ministry? 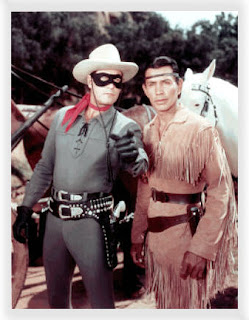 Being a "lone-ranger" in ministry has long been one of the deadly sins of church consultants and leadership gurus. I just have to ask, why?

After all, the guy did good. Stop beating up on him. The metaphor is a poor one and a misnomer anyway. Dude was not alone. He hung heavily with Tonto, his Native American friend, companion, and guide.
Like steroids in baseball, we get it: lone-ranger = baaad, non-lone ranger= goood. So if the lone-ranger wasn't really that bad as a super-hero, why does the metaphor to ministry keep happening. I can only make a guess that those who use the term really know what they're taking about by being there themselves. Maybe they haven't seen the show.

No, I really don't think Lone Ranger was ever a worthy model for ministry, for good or ill. We could say the same thing for Superman and Superwoman and the Power Rangers. It seems that many, many more clergy of all ages and genders and ethnic backgrounds are really closer to patterning their work after these super-heroes, with all the dangerous messianic pretension that implies.

Too, a posture of messiah-ship, where the universe unravels or revolves around "my" ministry, is the real precursor to spiritual boredom, malaise, and deadness. And there are harmful consequences for everyone else who has to live and work with the messiah- in- you!

All this is is to say that the center is not in anything I do or can do. The center is whatever ministry God in Jesus is already doing, first in you. And my choosing to listen and act in concert with that movement constitutes my part.