Clergy sabbatical, we hardly knew ye! It's not that we haven't ever heard of them, it's just that we've never known anyone to take one. At least I haven't heard of many UMC clergy doing so.

Popular author and church-planter Wayne Cordiero in Running on Empty chronicles what drove him, literally, to create sabbatical for himself. Faced with a nervous breakdown and never having taken a rest, he talked his doctor's advice down from one year to 3-4 months. Cordiero was battling both severe energy depletion and depression.

The recovery is holistic, even if the signs don't appear to be. Sometimes when people speak of "nervous breakdown," it's code for anxiety disorder, like panic and/or agoraphobia (the fear of having panic attacks). I consider these symptoms warnings that our physical, as well as emotional health, is being compromised and will be damaged further without appropriate action.

The UMC Discipline allows for clergy sabbaticals as tailored between the church and pastor. Here are words from the UMC Book of Discipline, P. 352:

A sabbatical leave should be allowed for a program of study or travel by the conference Board of Ordained Ministry. [Clergy members] in full connection who have been serving in a full-time appointment for six consecutive full-time years....may be granted a sabbatical leave for up to one year. Whenever possible, the compensation level of the last appointment served before the leave should be maintained in the appointment made at the termination of the leave.

This is nice talk allowing sabbaticals to happen, but as far as financial support during the rest, even if the proper channels are followed and the time off is approved, this is not a leave "with pay." Difficulty with funding your sabbatical is the real reason I believe why most full-time clergy never take a rest. Also note that a rest is not necessarily the same as a "study program" mentioned above.

Has the Associate Pastor's role changed meaningfully in the last twenty years? An observation offered by one District Superintendent was... 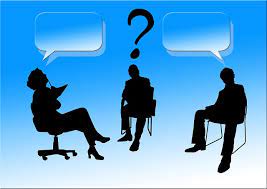