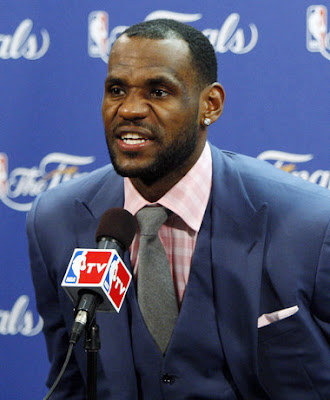 Congratulations to the best team, the 2011 NBA Champion Dallas Mavericks!

The two best articles I found are from those who have covered the Cavs while Lebron was in -and then out- of Cleveland the last eight years including the pre- and post "decision" era: Terry Pluto's article, Decisions have consequences and Bill Livingston on Lebron's world.

Acts 8:26-40 Then an angel of the Lord said to  Philip, ‘Get up and go towards the south to the road that goes down from Jerusalem to Gaza.’...