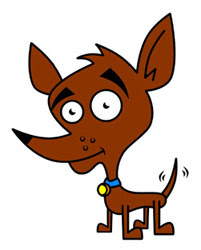 The so-called guarantee to an appointment as a UMC clergyperson is a straw dog. If it means that UM clergy have a guaranteed right to serve the parish of East Gehenna, then you can have it. I have never known the guarantee to function in a positive way for clergy or churches. Current nay-sayers talk about what a barrier this right is for church movement and growth. Maybe they're right, I don't know. I'm just not convinced that either having or removing the guaranteed appointment is the panacea.

The problem with mediocrity is spiritual, it's about clergy morale and renewal. Vocational zest isn't going to come via a new set of evaluation tools devised by denominational gradgrinds. So I propose a trade. We let go of the guaranteed right to go to Chitlin' Switch UMC for a meaningful clergy renewal leave for all full time clergy in the UMC?

We'll soon be living in 2010, but the UMC still doesn't require of clergy and churches the one thing that would truly help pastoral effectiveness. No, not three days in the Duke Divinity School Library but a mandatory, compensated, renewal leave of several months every seven years in full time ministry.

The two or three sentences in the Discipline about sabbatical planning are about as helpful as asking clergy if they've read any good magazines lately. I would hate to think that the quest for effectiveness and saving money leads us to discard clergy who lack energy and focus just because we were aware of the need for renewal and did nothing except offer a two day gathering once in a while. That, in the end, will be an enormous waste of time, talent, and money.

The thing that concerns me most is the logic that conferences can somehow ensure clergy effectiveness mostly by purging the poor performers. If you get rid of all the worn out people, wouldn't it be possible that some who remain may not have reached that place of running on empty- yet? We're told that in doing away with guaranteed appointments the system will magically transform into one that is not crisis driven but rather, focused on the mission field and gift exchange. It follows that every bishop and cabinet will finally be able to make only wise appointments too.

But we're not there yet. Thinking and mouthing it often enough doesn't make it so. Changing the structure of the clergy life with a required, supported, and extended renewal leave would signal that we're serious about clergy effectiveness, whether or not the "guaranteed appointment" survives at all or in part.
- October 26, 2009

Acts 8:26-40 Then an angel of the Lord said to  Philip, ‘Get up and go towards the south to the road that goes down from Jerusalem to Gaza.’...